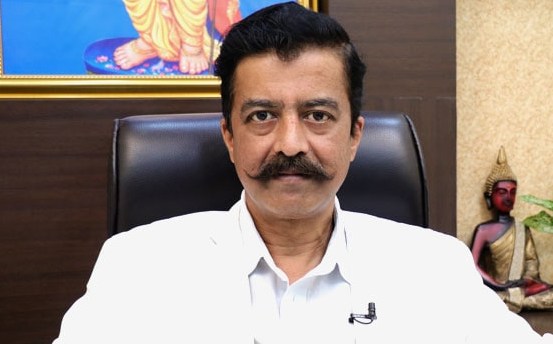 Dr. Arvind Poswal, an inventor, an artist, a perfectionist, and a teacher is popular among his patients and peers alike. He completed his medical studies at the prestigious Armed Forces Medical College, Pune (India). He is from an army background. His grandfather and father both were in the army and received several decorations and awards while taking part in many wars ranging from World War 1, World War II, and the 1971 war.

Dr. Capt Arvind Poswal is widely acclaimed for his contributions to the field of hair transplant, he is the pioneer/inventor of the stitchless FUSE/FUE technique.

Having performed the world’s first body hair to scalp transplant (BHT) in 1999, his research and work have been published in many prestigious medical journals including the Indian Journal of Dermatology and the Indian Journal of Plastic surgery. He is considered a doctor-artist with special interests in treating some of the most difficult cases. Patients come to him from around the world for his skills in BHT “No bald person wants to become half bald. Given a choice, everyone wants a full head of hair”, says Dr. Poswal. He created a historical landmark in 2006 when he performed the world’s first beard hair-to scalp transplant by FUE. This was a crucial step in the advancement of hair transplant surgery as bald persons could now transfer their excess beard and body hair on their previously bald scalp. His surgical skills are highly sought after by doctors worldwide wishing to learn his methods. His patients travel from around the world to get a truly full head of hair.

Dr. Arvind Poswal brings his experience of working on Bollywood actors, to help young men and women get the hairline and hair of their dreams. Inspite of his busy schedule, he makes it a point to talk to each of his patients in detail. “Each person and his aims are unique where hair transplant is considered. Any person going for a hair transplant should get the hairline of his desire. That’s why it is very important for a doctor to spend time listening to what the person coming for treatment wants”, says Dr. Poswal. He devotes his spare time to bringing the latest anti-ageing treatments (of which hair transplant is one) to India. If you wish to talk to Dr. Poswal, you can book a free phone/video consultation today. You will get the best, unbiased advice for all your hair problems. He himself served in the Army Medical Corps as Permanent Commissioned Medical Officer from 1990 to 1996. During this tenure, he was a part of Operation Prahar (anti- terrorism operations in Punjab) in the early 1990’s and later in Counter – insurgency operations in Rajouri on the Indo-Pakistan border (in Kashmir). Over the past, almost 20 years (since 1997), Dr. Arvind Poswal – A hair transplant doctor in Delhi has contributed immensely in the field of hair transplant, whether it is technique, instrumentation or training. A pioneer – He is also the inventor of the stitch-less FUSE technique, Body hair and beard hair-to-scalp transplants that has enabled numerous recent advances in the field of modern hair transplants. A teacher – He is noted and lauded for having shared his knowledge and advances with leading hair transplant doctors worldwide. This has been appreciated by doctors from all parts of the world and from numerous specialties. (click here to view) An Artist – He is recognized as one of the most versatile hair restoration doctors worldwide. His focus on pleasing, amazing hair transplant results has made him popular among patients and his peers alike. An Icon – Dr. Arvind Poswal (and Dr A’s Clinic) has been recognized as “Overall Top Ranked #1 Hair Transplant Clinic in the World” by USA based consumer site for hair loss for 6 years in a row. A pioneer in various aspects of hair restoration, he is the first Hair Transplant doctor from India to be granted membership of the prestigious American Hairloss Association and to be featured on the USA based the bald truth radio, Fox News, etc. He has also trained numerous doctors in the field of hair restoration, some of whom now work in the USA while others work alongside him at his center. Dr. Arvind Poswal has firmly established India’s name as a leading destination for hair restoration By his cutting edge innovations and inventions.

We are the world’s trusted longevity partner. We provide the highest quality anti ageing products, at the best price.